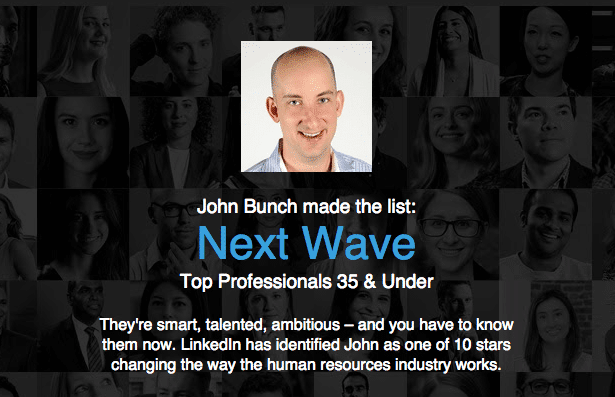 LinkedIn identified John Bunch as one of 10 stars changing the way the human resources industry works. John Bunch is Technical Advisor to the CEO at Zappos.
“Zappos is taking on one of the biggest and most radical organizational changes in corporate history: getting rid of bosses. It’s embracing a management philosophy called Holocracy, which eradicates managers replacing them with a flat, self-motivated, self-directed company structure,” writes the team at LinkedIn. “Bunch, 33, is the person tasked with implementing the overhaul. He puts on three-day seminars to train Zappos employees on life within Holocracy and helps to set new policies and procedures in the post-bosses world. A former software team lead and professional poker player, Bunch says the company still has “a long way to go on our journey of really, fully embracing [Holacracy].” But he’s a believer. “This is the future of management,” he told LinkedIn.”
Take a look at the full list of the 10 stars changing HR, according to LinkedIn.