Co-founder of BitAngels Explains Why Las Vegas Should Embrace Bitcoin

An opinion piece titled “Viva Bitcoin Vegas?” was posted on CNNMoney.com on March 4, 2014 by Michael Terpin, co-founder of BitAngels.
“I live in Las Vegas. Nevada legalized casino gambling way back in 1931. Today, the industry is the bedrock that Las Vegas has built its economy upon — along with the entertainment and hospitality and trade show businesses that followed,” he writes. “That has helped the citizens of the city and state thanks to big tax revenue.” 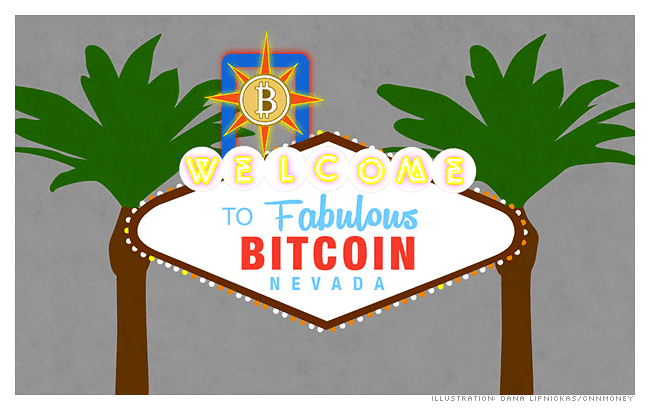 “So why can’t Las Vegas be a special economic zone for Bitcoin? All those California jobs that are just an hour away could be brought to a state that has been doing backflips to combat its high unemployment,” Michael Terpin continues. “In theory, any state could qualify as a safe haven for Bitcoin, particularly ones with no or low taxes. (Wyoming, Tennessee and South Dakota, are you up to the challenge?) But good infrastructure, easy access to inexpensive air travel, and a culture of promoting business and personal rights over bureaucratic clutter make Las Vegas a prime candidate.”
“As a Las Vegas resident for the past seven years, I’ll do whatever I can to help put the first special economic zone for Bitcoin in my hometown. After all, Las Vegas is where the company that makes the RoboCoin ATM is based. But it had to go to Canada to sell its first machine due to regulation in the U.S. Fortunately, RoboCoin ATMs are now coming to the U.S. as well,” he said. “But there’s no good reason they shouldn’t have been here first.”
Read the entire piece here.