Las Vegas-based Tagillion is an innovative and simple social platform that enables businesses to connect with influencers to establish incentivized partnerships together. Tagillion’s free mobile and web platform is scheduled to be released in the summer of 2015.
“At Tagillion, we are dedicated to creating the premier lifestyle network to help businesses and influencers reach their full potential,” said Tagillion CEO and Founder Damon Nam. “Tagillion is a free mobile and web platform that be released in the Summer of 2015.”
Nam says the idea for the product originated after he and a friend were discussing the value of users sharing media over the Internet.
“As someone that is connected with a lot of lifestyle bloggers and enthusiasts, we discovered that there was gap in content monetization and connecting brands with influencers,” he explained. “We created Tagillion to bridge that gap.”
The Tagillion team currently has 22 contracted team members working on the startup, and members are distributed across the world in Dallas, New York, San Francisco, and Bangalore.
“We all work remotely and leverage technology to connect frequently,” said Nam. “My experience prior to starting Tagillion was working at Microsoft and in a similar capacity. Therefore, this model works for us at this stage. I travel quite a bit. However, can be found at Work In Progress, GoldSpike, or a local Starbucks when I’m in Vegas.” 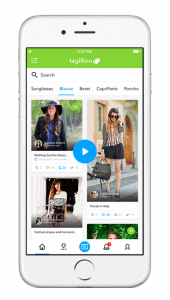 Nam said that even with his experience at Microsoft, Tagillion certainly hasn’t been immune to the normal challenges that most startups face.
“Time and resources are continuous challenges we face, whether ensuring we meet our deadlines, are staying within budget, or creating a balance of implementing the right feature set for our MVP,” he said. “Meanwhile also navigating the competitive landscape and managing a large team. With that being said, we’ve had a number of wins including building a great team with key talent, completing our beta build, and investment interest.”
The next big event for the team is heading to New York City May 4-6, 2015 for TechCrunch Disrupt, where they will be in Startup Alley showcasing Tagillion for the first time in public.
Nam says that although his experience with the startup community in Las Vegas has been limited, during his short time in engaging with the community, he has discovered a great deal of encouragement, excitement, and optimism to and from other entrepreneurs.
“Conceptually, the efforts made around downtown Las Vegas project and the VegasTechFund are helping us move into the right direction,” he said. “Additionally with incubators and co-working spaces such as the The Mill, Work in Progress, and The Innevation Center. However, there’s still plenty of opportunity for the startup community to grow and that begins with talent and funding. If Vegas can begin to establish itself by harboring strong technical talent, increase funding opportunities, and helps raise a national/global success story, the city will begin to develop a new identity. I truly believe that the startup community in Vegas is still in its infancy and has the potential to become a tech-hub in the future with the appropriate support. Tagillion would love to help lead the charge and grow the community so that we can brand the city to become what I dub as the ‘Silicon Strip’.”
After Tagillion’s launch in summer 2015, Nam says the team plans to hire and bring a number of roles in-house, including a Sales Director, a Full Stack Technical Architect, and Frontend/Backend/Web/Mobile developers.
“Tagillion will be announcing some exciting news next month and launching our product this summer,” he said. “We would love any support from the VegasTech community to help us spread the word in effort to gain the traction necessary to raise additional funding and create jobs locally for our community.”