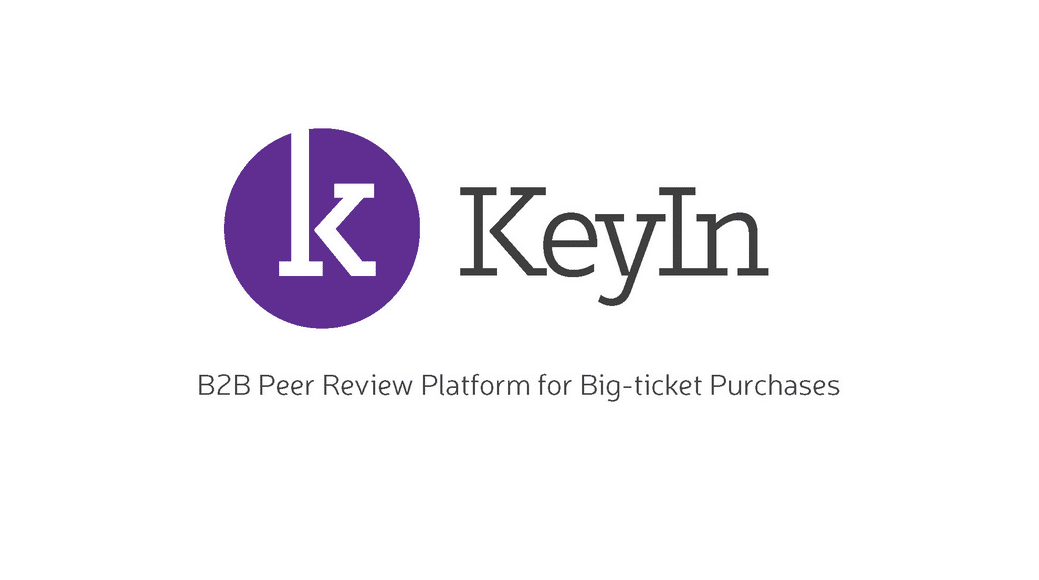 The KeyIn team has built a B2B peer review platform for big-ticket purchases. The startup’s three founders — Jackie Morck, Lance Baily, and Matt McLaughlin — decided to dedicate their time building the company after experiencing a pain-point first hand. The KeyIn team was one of 5 teams involved in The Mill Startup Accelerator’s first cohort in downtown Las Vegas. 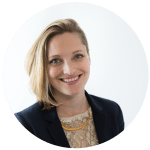 “It started back one Friday afternoon in 2010, when Lance was the director of the Simulation Center at UNLV,” said Jackie Morck, KeyIn’s CEO and co-founder. “He received a call from Senator Reid’s office and was informed he had $1M in a federal earmark that he had to spend on equipment for his facility in just ONE week. The information he had been able to gather from conferences, and contacts in the industry didn’t leave him feeling confident he knew how to make the best decisions, and when he turned to the internet to help him, as it had on a regular basis for his personal purchases, his search came up empty.”
Baily thought there must be a better way. He asked Morck how other B2B purchasers get the information they need to make informed decisions. The two discovered that Baily’s problem was not unique.
“Right now, I can go online and find out more about my $40 computer mouse through amazon reviews, than someone can find out about a $90 thousand dollar trauma simulator used to train Army medics, or the $10 Million dollar flight simulator used to train your pilots, or the $270 Million dollar MRI machine used to diagnose a brain tumor,” explained Morck.
“This is a problem, and the people making these purchases think so too,” she continued. “They are desperate for more, and more accurate, information. But, their current tools are inadequate. According to Harvard Business Review 75% of B2B purchasers rely on word of mouth, but 83% of those people don’t actually know someone with credible experience to ask.”
The KeyIn team says these B2B purchasers rely on infrequent and expensive conferences, list servs that aren’t targeted, databases which are populated with vendor bias, and sales reps who never tell the whole story.
“What they want is a trusted opinion,” said Morck. “97% say that user generated content such as peer reviews is more credible than other types of content. Still, there was no good way to make a decision.”
The KeyIn team believes people making these important decisions deserve more information than people buying computer mice. That’s why they created KeyIn, a B2B peer review platform for big-ticket purchases.
The three founders bootstrapped the company through proof of concept to make sure they had a viable business model and market. When it came time for KeyIn to look for not only investment but a startup community to be a part of, Baily recommended the team check out DTLV and #VegasTech.
“Before moving to the Bay Area, Lance worked for UNLV. He was part of the early days of downtown blossoming for entrepreneurs, participating in the Jellies at Emergency Arts,” said Morck. “We loved it, and when we found out The Mill was doing an accelerator it was the right time for us to make the move to Las Vegas.”
When the team arrived in downtown Las Vegas, they say they were looking to embed themselves in a supportive community that they could thrive in.
“The Mill gave us the opportunity to work closely with other entrepreneurs working in the B2B space, and mentors we otherwise wouldn’t have been able to benefit from,” explained Morck. “We have met a lot of great people! Our biggest take-away from the #VegasTech community so far is the general attitude of helping out. It is unique to the DTLV community and something that really jives with who our team is.”
Morck says The Mill has helped her team take their strengths and hone in on making them work optimally. She said The Mill’s co-founders Sara Hill and Jill Murphy helped the KeyIn team put processes in place to prepare for growth, and also took time to help the team focus on core values and company culture.
“And a personal favorite, reminding us to take time to recognize and celebrate our wins,” Morck added.
Morck says the KeyIn team is still new to the #VegasTech community and would like to connect with other entrepreneurs in the startup ecosystem.
“I am always looking to connect with fellow female entrepreneurs,” she said. “And our team is still looking to make local friends, especially our team dog Murphey! As far as for our company – we are currently launched in Healthcare Education and Aviation Training. If you know anyone in these fields, we would love to connect with them.”
Interested in getting to know other #VegasTech startups? Follow our series here!

[…] 97% of professional buyers believe that user-generated content, such as peer reviews and group discussion, is more credible than content provided by the company itself. […]

[…] 97% of veteran buyers trust that user-generated content, such as peer reviews and organisation discussion, is some-more convincing than calm supposing by a association itself. […]

[…] 97% of professional buyers believe that user-generated content, such as peer reviews and group discussion, is more credible than content provided by the company itself. […]