Discotech’s mission is to bring transparency and efficiency to the grossly outdated nightlife reservation space. The team is new to the Las Vegas tech community.
Discotech is the premier nightlife app for customers to browse events, sign up for guestlists, and book tables at their favorite clubs. Discotech’s goal is to streamline the nightlife experience and create a platform to reward VIP customers. The app is currently available in Los Angeles, Las Vegas, San Francisco, Washington DC and will soon be expanding to New York, Chicago, and Miami.
Ian Chen, CEO at Discotech, said the idea for the company came from the customer’s perspective. 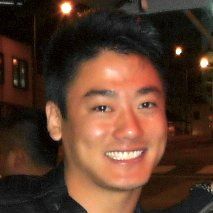 “My cofounders and I were tired of having to haggle with different nightclub promoters to get the best prices to get into the club,” he said. “We tried to look online to see if there were any honest services that made it easier to get into clubs, and were shocked when we came up empty handed. As such, we decided to take a chance, quit our jobs, and create Discotech, which was ultimately launched in Los Angeles in November of 2013.”
The Discotech team relocated to Las Vegas to be closer to their biggest partners and customers.
“Las Vegas is home to the largest nightlife venues in the world, and we wanted to be close to them in order to improve our operations and service to them,” Ian Chen explained. “In a nutshell, Las Vegas is the Mecca of nightlife, and we want to make sure we do a great job delighting our customers.”
Ian Chen says the biggest challenge since the company’s inception has been with user acquisition.
“We have started to pick up momentum in our biggest markets (Los Angeles, Las Vegas, and San Francisco), and are approaching 20,000 registered users,” he said. “But we are constantly trying to make improvements to our product and experiment with creative marketing campaigns to increase the virality of our app.”
Since moving to Las Vegas, the team’s newest challenge is acquiring talented software developers to develop additional features for the Discotech app.
“Quality iOS and Android developers are in crazy high demand right now,” Ian Chen said. “It would be amazing if we can find some talented developers in the community to join the Discotech team full time or perhaps help us with some specific development projects! The two most pressing positions to fill on our end are for Tech Ops Engineers (we need to scale and build out our server / back end capabilities) and native iOS developers.”
He said the tech community in Las Vegas has been unbelievably supportive since the team’s move from Los Angeles.

“I have been so impressed with how helpful and kind everyone in the community have been,” he said. “There is definitely a strong sense of culture and responsibility that is shared by people in the tech scene here. I don’t believe I can call out any real weaknesses to the Las Vegas tech community. Comparing it to where I came from, San Francisco, the community is quite small, but what the community lacks in size it makes up for in heart.”
The Discotech team is hitting the ground running in 2015. They are hoping to hit major milestones, including expansion, more users, and raising additional capital.
“For starters, we would like to expand from offering Discotech in 5 cities, to every major city in the United States,” Ian Chen said. “We also plan to surpass 100,000 registered users (hopefully by a large margin). We are also in the process of raising our second round of angel funding which we intend to close before the end of the first quarter.”
Give Discotech a try! Enter “Bubbly” in the promo code section of the Discotech app to get a free bottle of champagne with your first table reservation in Los Angeles.
“We are currently working on doing something like this in Las Vegas as well!” said Ian Chen.

Really great Idea, good that you are in US and closer to the funds as we have same idea from more than 6 months but not even close to funding @ http://www.clubbingtribe.com

[…] featured on in Billboard and VegasTech.com, Discotech’s efficiency and accuracy make it a trendsetting app among nightlife enthusiasts; […]

[…] featured in Billboard and VegasTech.com , Discotech’s efficiency and accuracy make it a trendsetting app among nightlife enthusiasts; […]

Really great Idea, good that you are in US and closer to the funds as we have same idea from more than 6 months but not even close to funding @ http://www.clubbingtribe.com

[…] featured on in Billboard and VegasTech.com, Discotech’s efficiency and accuracy make it a trendsetting app among nightlife enthusiasts; […]

[…] featured in Billboard and VegasTech.com , Discotech’s efficiency and accuracy make it a trendsetting app among nightlife enthusiasts; […]