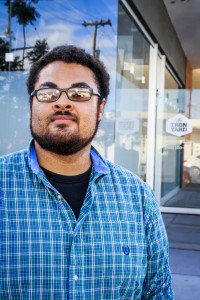 Domingo Rosa is a junior developer who says he worked hard to get there.
“I was watching PBS and they ran a story about code schools and the work force of the future,” he said. “While watching I found myself relating more and more to the students who left there jobs to pursue a new career. A google search later I was reading up on The Iron Yard.”
In downtown Las Vegas, The Iron Yard is working directly with Zappos, the Downtown Project, VTF Capital, and The Mill Accelerator Program to bring tech education to the already-robust ecosystem they’ve built.
“We’re didn’t start a code school because it’s the business-du-jour,” said Eric Dodds, The Iron Yard co-founder and Chief Marketing Officer told us a year ago. “Our path to launching these programs started with building other components of a tech economy in our own back yard.”
The Iron Yard was founded in 2012 and is headquartered in Greenville, South Carolina. The new Las Vegas Arts District campus, which opened in August 2015, is one of over 20 in cities including London, Atlanta, Houston, Salt Lake City and Washington, D.C.
The team told us last year they were bringing 2 intensive academy courses to Las Vegas:

Before applying to The Iron Yard, Rosa was working at a sports book and says he was ready for a change.
“Everyday I would just go in, go through the motions, and head home,” he said. “My lease was ending and I talked it over with my parents. They encouraged me to come home and take a chance. It’s something I’ll always thank them for.”
For those thinking of joining The Iron Yard, Rosa suggests asking yourself if you are ready to commit.
“This school is like a full time job and will take its toll on you. As long as you are committed to working hard and ready to put in the time after class, you can do it,” he said. “The school also comes with a built-in support system in your classmates and instructors. Just remember that everyone is in the same boat and can lean on each other. My most important tip is to speak up. If you don’t understand something, odds are someone else doesn’t either. You’re not alone.” 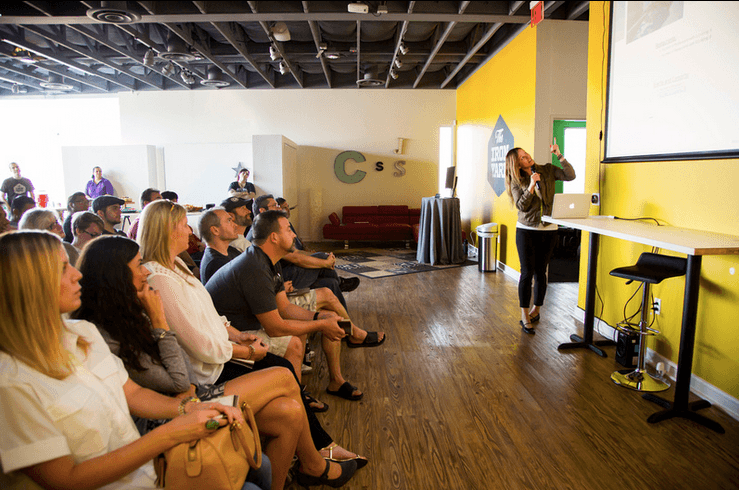 Rosa said his favorite part of being part of The Iron Yard were the friends he made.
“I left The Iron Yard with friends for life,” he said. “The amount of time you spend together during those 12 weeks just strengthens the bonds you make. I hang out and drink with most of them on a regular basis. Just last night a few of us were BBQing and watching Game of Thrones.”
“My biggest challenge was getting over what they call Imposter Syndrome,” he continued. “Throughout the cohort and into my first job I kept having to remind myself I worked hard to get here and know more that I think. After talking with people who have worked as devs for years I realized a lot of people go through this and this wasn’t just my struggle.”
When the cohort first kicked off, Rosa says everyone was at about the same level, whether they believed it or not.
“The age range was pretty big. We had people as young as 18 and as old 60,” he recalled. “Despite the gap, we all got along and played well off each other. After high school, I went to CSN part-time and never really got the college experience. I feel The Iron Yard gave me what I had missed out on. Fridays were the best days at The Iron Yard because of Iron Pints. This is a time when they encourage the students to relax and hang out in order to decompress. Many a Friday night was spent drinking and coming up with ideas for startups and end of year projects.”
Rosa was part of the front-end course, which focused on Javascript and a handful of other front-end technologies.
“My capstone project was a skill based sports meet up application called Skill Match,” he said. “For this project, I teamed up with two guys from my cohort. Peter Flynn was our backend dev and Nick Reynolds joined me on the front end.”
Skill Match was built to help people find players close to their skill level in a particular sport. The application also matched users up a way to make the game more competitive.
“In order to find out if there was a market for our product we took our idea to the parks and recreation department of the city of Henderson,” explained Rosa. “They liked the idea and encouraged us to come back with a finished product. Our demo day went very well. We received great feedback about our project.”
After the cohort ended, Rosa and Reynolds ended up landing tech jobs. Skill Match was put on the back burner, but the team still continue to build and refactor in their free time.
“I am currently working for a startup here in Las Vegas called IzyTrack,” said Rosa. “We make back office software for party planning consultants. Myself and a few other Iron Yard alumni Thomas Shannon and Cesar Marroquin are starting a meetup for junior developers here in Las Vegas. We are members of Vegas.js and React Vegas and sometimes those talks can get a bit heavy. That’s why we decided to bring together other junior developers in the community and give them a place to learn and meet peers.”
Meet other #VegasTech community members! Follow our series with stories from locals here.

[…] Read more of Domingo’s story and learn about how he got his start in tech on VegasTech. […]

Great story, what a Fantastic opportunity offered to young adults. Kudos to my nephew!

[…] A version of this story was first published on VegasTech.com. Click here to read the original post. […]

[…] contributing tremendous value to the #VegasTech community. From launching Iron Yard Ventures to impacting the lives of graduates, The Iron Yard is working directly with Zappos, the Downtown Project, VTF Capital, and The Mill […]

[…] is bringing to the tech scene in Las Vegas is easy to see. From regular Meetups and teaching amazing students, to hosting exciting demo days and recruiting passionate teachers, The Iron Yard is shaping the […]