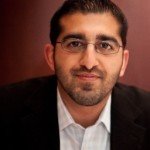 Paul Singh, one of the original three partners of 500 Startups knows more than just a little bit about startups. In the last five years, he’s flown over 500,000 miles circling the globe, during which time raising tens of millions of dollars in venture funds, and investing in hundreds of companies. A startup founder a few times over himself, he’s been on both sides of the table and has had his fair share of both successful exits and struggles past proof of concept. That’s just one of the many reasons why he knows startups and small businesses better than most others; and why they know him.
“The real goal of the Tech Tour is to bring functional expertise and venture capital dollars to parts of North America that don’t regularly get the same amount of attention as the well-known tech hubs,” says Singh.
Through Geeks on a Plane, organized by 500 Startups, Singh led hundreds of startups, investors and executives around the world to learn about high-growth markets outside the US, while bringing a little bit of Silicon Valley with them. Now Singh’s turning his sights toward North America and slowing things down a bit.
With stops in 15 cities booked for 2016 (and a few more on the way), the goal is not just to blow into town for a media blitzed, grip and grin panel, but to offer support, guidance and get deeply involved in the local scene through a week long series of events and programs. The tours will include free, and open to the public office hours, at coworking spaces, tours of incubators with local officials, investor dinners, workshops, pitch sessions and of course, and fireside chats.
“This tour isn’t just for companies that want to raise VC money, or tech startups trying to be the next ‘Uber for this or Uber for that’. We want brick and mortar businesses too, and those who are working on their own entrepreneurial dream,” Singh said. “It’s important to realize that technology is so interwoven into business such that every startup or entrepreneur needs to understand how to make it work for them.”
“Downtown Las Vegas is the next stop on my 2016 Tech Tour and I’m coming down to spend some time with you and a few smart friends in the local tech community. Come say hello and hang with us for a bit,” he said. “We’re still pulling the exact plan together but you should RSVP now to be the first to know when we lock things in. Great content, coffee (and beer) and conversations with the areas top deal-makers, deal-breakers, entrepreneurs and assorted hangers-on. Plus yours truly. And, yes, my Airstream too.”
More information about the event here!