Meet The Makers: Places You Can Find Makers in Las Vegas

The hardware community in Las Vegas is small, but growing quickly. This community is made up of hackers, makers, artists, innovators, inventors, people of knowledge, and people who want to learn.
“With so many people able to freely share ideas and spread inspiration across the web, makers are forming communities of their own, and more people around the world are becoming influenced to be makers,” writes Brit Morin, Founder and CEO, Brit + Co., in her piece titled “What Is the Maker Movement and Why Should You Care?”
“We are people who take things apart to see how they work. We design the new because it has not been done before, and we reinvent what has already been done for the challenge of doing it ourselves,” makers write on the SYN Shop website. “We’re here to discover the unknown. To teach others, and to put our mark on the world by helping others. We’re here to form a community of people who come together to share resources and knowledge to build and make things.”
There are amazing places for makers in Las Vegas to gather and create.

“There is SYN Shop, where you can go to 3D print, mill, lasercut or cobble together your prototypes,” said SYN Shop community member Pawel Szymczykowski. “We also offer excellent classes from basic electronics and soldering to workshops on how to build your own sous-vide machine or create wearable electronics.”
SYN Shop is a hackerspace located in downtown Las Vegas. In this space, you can individuals who love sharing, creation, collaboration, research, development, mentoring, and learning. The SYN Shop motto is: “Let’s make stuff awesome!”
SYN Shop was started in 2008, when a group of DIY enthusiasts decided that instead of hiding in our garages, workshops and offices, they should instead come together and start a community around the things they are passionate about.
“A group of friends from Las Vegas attended the Maker Faire in San Mateo in 2008 and wanted to bring some of the magic home with them,” Pawel Szymczykowski shared. “SYN Shop got its start as Dorkbot LV – a group of people doing strange things with electronics and met semi-regularly in Krux’s garage. Soon they wanted to expand beyond electronics into other kinds of making, and SYN Shop was born.”

“Later, Mark allowed the group to use a warehouse in his backyard one time for ramping up the group’s First Friday exhibit, but it became a steady thing,” he continued. “It wasn’t until 2012 that with help from Downtown Project and Zappos, a space more permanent than a garage was established. This was important for the group as regular hours could be established and nobody had to call Krux or Mark at 3:00AM to see if it was OK to come over and weld.”

“We also have the LV Hardware Meetup Group which is put together by Andrew Boggeri from Full Spectrum Laser,” said fellow community member Suz Hinton. “It’s a great resource, especially for people who are interested in moving their hobby project to a business or crowdfunding. In addition, Pololu is one of the largest and most well known robotics suppliers around and they have been based in Vegas since 2001. They host the LV Bots Meetup Group for roboticists and people who would like to get involved in robotics.”
Suz Hinton says that in the past, most of the hardware enthusiasts in Las Vegas were isolated.
“Those who work on the strip are bound to the secrecy of the shows they work on, and those in the suburbs were just working on stuff in their garages alone,” she explained. “A number of hardware meetups and supporting businesses/venues have started to bring this siloed community together. Everything from comparing notes, sharing stories, and passing on knowledge have been the benefits to come out of people finding each other. The network has a lot more connections between the dots, and smaller niche hardware meetups are now forming as a result, which is great to see.”
Pawel Szymczykowski says one of the main challenges the maker community in Las Vegas faces is that the community is not established to the larger world.
“Nobody associates Las Vegas with hardware and we have a lot of hurdles to cross before we can gain recognition in that area,” he said. “That said, we have a great community here and I’m sure it will only be a matter of time.”
In his opinion, what makes the Las Vegas maker community unique is the city of Las Vegas itself.
“Vegas is home to some of the most advanced and most sophisticated innovations in entertainment technology, from digital lighting at the various shows we have to networked gaming technology and more,” he said. “I know there is endless potential and many talented people out there. We are also the home of CES, NAB, DefCon and many other relevant conferences. Such an exciting place to be!”
This growing community already has standouts in the group.
“Andrew Boggeri is doing a fantastic job bringing people together with his LV Hardware group,” said Pawel Szymczykowski.
“We’re also super proud of the various Kickstarters we have going on here in town, including our own Mark and Sarah with their Robot Army Starter Kit,” Suz Hinton adds. “I feel like most of the exciting innovations in hardware come out of crowdfunding more than startups nowadays. It’s essential to know your market before you plunk down money on making hardware devices and there is no better way to do it.”
“Though it’s been kept pretty well under wraps, we’re excited to see what comes out of Factorli soon. It’s a big investment in micro-manufacturing and those of us already in the hardware community would love to be more involved – it sounds very exciting!” she said. 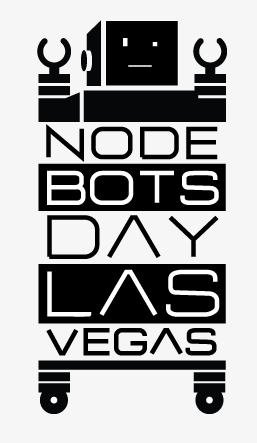 Interested in getting involved in this community in Las Vegas? Pawel Szymczykowski says if you have even a passing interested in hardware, you owe it to yourself to come to one of the great classes or meetups that are available here.
“If you’d like to learn the basics, try a SYN Shop class or an event like the upcoming Las Vegas Node Bots Day,” he suggests.
NodeBots Day is a hack day for javascript developers to get together and learn about hardware and build awesome robots with friends over pizza. Attendees teach themselves how to talk to arduino over serial, build things with popsicle sticks, rubber bands, electronics and have a great time!
“If you have an invention and want to know how to get started, you should definitely look into the Las Vegas Hardware Meetup Group or the Las Vegas Inventors.” Suz Hinton said.

Do you guys teach how to solder resistors, capacitors, IC’s using soldering iron? I already know how to solder because im currently employed as a solderer. But I have two friiends who are interested to learn.

Do you guys teach how to solder resistors, capacitors, IC’s using soldering iron? I already know how to solder because im currently employed as a solderer. But I have two friiends who are interested to learn.