Free Python, Django, and SQL Tutoring at The Innevation Center

Aaron Lelevier, originally from San Diego, works as a full time as a Senior Database Analyst at the Hardrock Hotel & Casino.  He also work part time as a freelance web developer using Python/Django. Recently, Lelevier had an idea to offer free tutoring at The Innevation Center to those interested in learning more about programming. 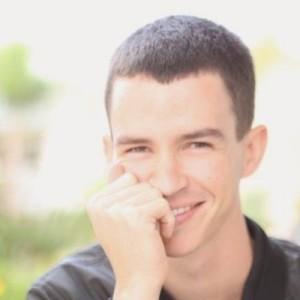 “I got the idea to tutor because I like to teach and want to do something for the #VegasTech community.  I have taught SQL at my last couple of jobs to co-workers wanting to learn,” Lelevier said.
He says the co-working space at The Innevation Center is the perfect place to host his sessions.
“It’s clean and stylish which makes it fun to program there,” he said. “I had used a couple of guest day passes at Innevation, and I wanted to join for the co-working membership.  I asked them if they would be willing to sponsor me for volunteer tutoring in return for a co-working membership, and they said yes for a 3-month sponsorship.”
Lelevier has been working in technology for four and a half years.
“It started with using SQL while I worked in Financial Planning & Analysis at the Monte Carlo Hotel & Casino to query casino customer play and build custom reports,” he explained. “About two and a half years ago, I read “Python Programming: An Introduction to Computer Science” by John Zelle.  This is a great beginner Python book! After reading this, I wanted a way to apply Python, so I started trying to use the Django web framework. Django is a simple framework to get a website up and going.  It also has a ton of features that you can then learn to do pretty much anything on the web. Blogs, E-Commerce. You name it.  Pinterest is written in Django!”
For those interested in learning more about Django, Lelevier suggests two tutorials: the official Polls tutorial and Django Book. He also suggests “Core Python Application Programming” by Wesly Chun, “Python 3 Object Oriented Programming” by Dusty Phillips, and “Two Scoops of Django” by Danny Greenfeld and Audrey Roy.
“I will be tutoring Python, Django, or SQL.  I will primarily recommend Python since it is best for a first programming language, and so versatile.  If you go on Coursera.org, a lot of their introductory programming classes are taught in Python,” he said. “I hope to get a group of people weekly interested in learning programming.  If people enjoy it, then I plan to continue beyond the 3-months currently planned. If the number of students grows, then possibly I would seek other volunteer tutors.”
Interested in grow your coding skills with Aaron Lelevier? Email [email protected] to learn more about the free sessions.