The Docker Las Vegas meetup group was started in March 2014 to connect developers and ops engineers using Docker. The group meets at The Innevation Center, a 65,000-square-foot collaborative workspace and community event venue driving Nevada’s new innevation economy, donated to the community by Switch Founder and CEO Rob Roy.
Docker is an open platform for developers and sysadmins to build, ship, and run distributed applications. Consisting of Docker Engine, a portable, lightweight runtime and packaging tool, and Docker Hub, a cloud service for sharing applications and automating workflows, Docker enables apps to be quickly assembled from components and eliminates the friction between development, QA, and production environments. As a result, IT can ship faster and run the same app, unchanged, on laptops, data center VMs, and any cloud. 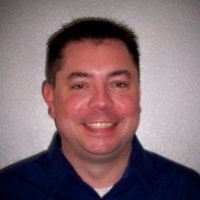 “The Meetup Group was started mainly by Dylan Simpson,” said Justin Steele, President of InfoSiftr, LLC. “We came into it when we moved down from Utah to Las Vegas. We found the group and reached out to Dylan and Docker to see if we could help out and they were both excited to have us co-sponsor the group and help with the organization. Given that we had a group up and running in Vegas showed us that we had pick a great community with a strong Docker presence already.”
The partners and sponsors who came together to keep this meetup growing are Docker, InfoSiftr, The Innevation Center, Switch, and Raster Media. Steele says the group is always looking for new sponsors.
As for the location of the meetup, Steele calls it a “no brainer” to choose The Innevation Center to be the home of Docker Las Vegas. Steele says it’s a great location because many technology groups in town congregate there for learning.
“It was the location even before we got involved,” he said. “Given that Switch SUPERNAP is Founding Member of the New Cloud Native Computing Foundation (CNCF) and with many of the meetup group members having some kind of relationship with The Innevation Center, there really is no other venue that will fit the build. Plus, the team at The Innevation Center has been great to work with and they have always been very helpful.”
The team at InfoSiftr is also working alongside Switch to develop new resources that will be available to the tech community, which they hope will greatly help in the development of the area’s new ecosystem.
“But more about that to come later,” Steele said. “Just stay tuned; many exciting things are going to happen.”
InfoSiftr’s Director of Channel Development, Kim Payne, has been the main volunteer organizing the monthly meetings. The format is normally a guest speaker on a topic of interest about Docker and containers in general. After the speaker has concluded their talk, the group will generally host a general Q&A secession with the members.
“We try to be done at 9:00 PM, but many times the group hangs out in the parking lot until 11:00 PM or later,” said Steele.
In July 2015, the group listened to a talk from Fred George, who is an active member of the Docker community both in Las Vegas and west coast. He also spent time in the European market working with customer deployments using Docker and micro-services in advisory and consulting capacities.
“He has done a lot with micro services using Docker and other like technologies for many organizations around the world,” explained Steele. “The talk was very insightful on how you can reduce time spent on development and increase the speed of get apps from development to running in production. His talk show how you can cut months down to days, if not hours. This had a lot of people talking. If you are looking to improve your throughput in development, this is a must see presentation.”
Although Docker Las Vegas didn’t record George’s talk, below is the same presentation he made to the group:

Steele says the group normally keeps the talks at a higher viewpoint so that someone who is new to the group or new to the technology will not get overwhelmed. Other times, they have had presentations where most of the meetup attendees had their laptops out, working along with the speaker.
“We do try to let the members know ahead of time if the topic will be an advanced subject matter or for beginners,” he said. “That way, we can keep it interesting for the more sophisticated user but have meeting for people starting out.”
Steele said goal for the Docker Las Vegas meetup group is to educate the community about the benefits of the containers, Docker, and micro services in general.

For their August 2015 meetup, the group facilitated a recap of DockerCon major announcements.
“Docker, Inc. has been busy building a bunch of new resources and kicked of some new projects that has many in the community asking a lot of questions,” explained Steele. “Docker, Inc. reached out to us and asked if we would hold a Meetup to go over those items. Given the major changes and updates we feel it is important to provide a forum to give the member the information they are looking for.”
The group recently announced that Docker Las Vegas will host Docker Global Hack Day #3 on Wednesday, September 16, 2015.
“This will be an event that will be streamed lived to Docker’s HQ from The Innevation Center and around the world. This will be a great event to show case the talent we have here in the Valley,” said Steele.
For the October 2015 meetup, the organizers are planning a presentation about managing Docker containers with Salt. More information on that event will be posted here.


“The VegasTech Community is one of the best organized and far reaching tech groups in the Las Vegas Valley,” he said. “We see the VegasTech community as one of the best ways to get the word out about the group and help build it up. The more people we get involved, the more minds and resources we can all pull from to address the problems that are surely going to come up as this new ecosystem grows and develops over time. Given all the buzz out that about Docker, this community can also help those looking to find out more about this technology and give them the location to find resources to help them get educated, and to cut through all the hype.”
Get to know movers and shakers in the #VegasTech community! Follow our “Meet #VegasTech Community Members” series here.