As part of our “Meet Startup Communities” series, we talk with Ken Bautista, co-founder of Startup Edmonton. 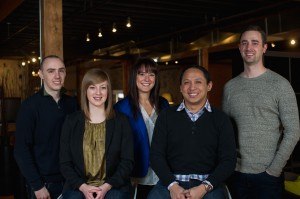 Startup Edmonton is an entrepreneurial campus and community hub. Since 2009, the team has been creating collisions – between developers, designers, makers, founders, investors and mentors – transforming ideas into companies. It is a non-profit company headquartered in Edmonton, Alberta.
“Edmonton is one of the fastest growing cities in Canada, with 4% yearly population growth, and an economy growing about three times faster than the national average,” said Ken Bautista. “Unemployment rates are low (under 4.8%) and it’s projected we could double our population (currently 1.2 million in the Edmonton capital region) over the next 15-20 years. Much of this growth is being driven by the energy sector, manufacturing, engineering and our position as a hub to the north. The startup and tech community is fairly small in comparison, but it’s getting more and more attention for the right reasons.”
Ken Bautista says Edmonton’s startup community has been quietly and steadily rising, particularly over the last 3-5 years.
“Before that, we had a few successes in the tech space – BioWare, Intuit Canada, Investopedia, Swype, TestFlight, Addicting Games – all founded/created in Edmonton,” he said. “Now we’re seeing some of the teams from those companies are creating and investing in new local ventures. This has been accelerated with the rise of Startup Edmonton in 2009, which was the first local startup community initiative built by entrepreneurs, for entrepreneurs (and didn’t involve government).”
For Startup Edmonton co-founder Cam Linke and Ken Bautista, they started Startup Edmonton to hang out with other founders like themselves in the city. Since then, their cause has been mobilizing community through events like DemoCamp, Startup Weekend, and Launch Party. 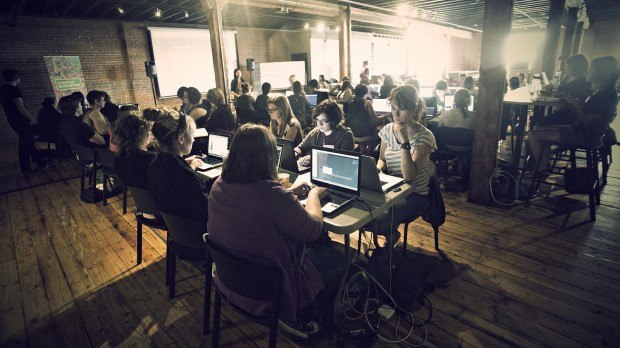 “We are also excited about Founders & Funders, a new downtown startup hub and workspace,” he said. “As well as a local accelerator fund called Flightpath Ventures.” 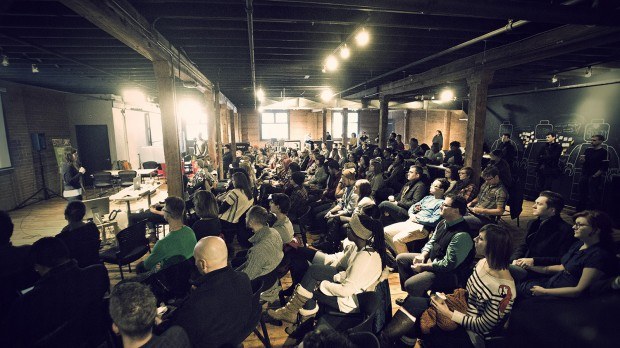 Ken Bautista says he classifies the startup community in Edmonton as small and mighty, in contrast with the dominant energy and construction industries in Edmonton.
“The main challenge (and opportunity) we see is that key talent – engineers, developers, scientists, designers – is sucked up into the fast growing companies in those dominant industries, or leaves the community altogether,” he said. “So we see super smart people getting jobs and careers, instead of pursuing entrepreneurship, building products and starting companies. But I feel this can change as new grads start to see more opportunities within the startup community, which is why we focus so much on culture and community through Startup Edmonton.”
Ken Bautista says what makes the Edmonton startup community unique is also what makes Edmonton a unique community in general, and it has everything to do with the people.
“Edmonton is a very community-minded place, where people just start things – whether it’s a theatre company, and arts festival, or workshops that teach kids how to code,” he said. “There’s even an initiative that embraces this called “Make Something Edmonton”, that focuses on empowering and supporting project makers and organizers to who want to build something awesome in Edmonton. In Edmonton, it’s not just about big, but rather building something great. And we think that that is the kind of community to grow startups from.” 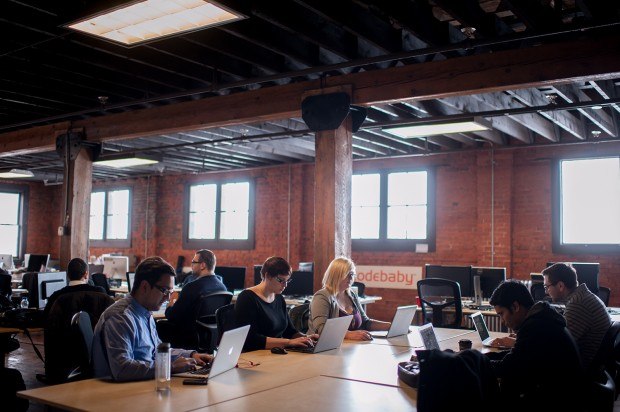 When looking ahead to the future, Ken Bautista thinks the startup community in Edmonton is in an interesting stage today that’s going to be dictated by what happens in the next 2-3 years from both a talent and capital perspective.
“The caliber of talent that comes from Edmonton, from schools like the University of Alberta, is there,” he explains. “We see grads get recruited away to companies like Facebook and Google. We’re also seeing Edmonton founders/startups getting into top accelerators in other cities like 500 Startups, YCombinator, Imagine K-12, and Extreme Startups – and a majority of them are coming back to Edmonton post-accelerator to grow their companies. But we need to deepen that pipeline of startup-ready talent to feed the next wave of startups (and so on).”
“If we do this right — doubling down on education and talent, and finding more local angels to lead deals at the earliest stages — then things start to look really promising 5-10 years from now,” he said.
So far, it seems to be working. Ken Bautista points to Mitre Media Corp as a success in their community.
“Mitre Media Corp operates a suite of targeted online financial media properties including dividend.com, municipalbonds.com and commodityHQ.com. They receive over 1M monthly visitors to their websites and over 10,000 paid premium members,” he explains. “A few years ago, they quietly announced a raise of $8.6M in venture capital, and since then have grown to a team of 18 with offices in Edmonton, San Francisco, Chicago and New York. The team is led by industry veterans who have been behind online financial media properties including investopedia.com (which was acquired by Forbes).”
Another success is Poppy Barley, founded by sisters Justine and Kendall Barber in 2012.
“They offer made-to-measure women’s footwear for order online. After just over a year in operation, Poppy Barley gets hundreds of orders per month from customers, including everyday women, celebrities, and even two NFL cheerleading team squads,” Ken Bautista said. “They’ve been featured by Refinery29, Fashion, Flare and Canadian Living magazine.”
A third success in the Edmonton community is Login Radius, a social login and sharing provider that provides websites the ability to integrate 30 different social network APIs into one unified API.
“Since their start in 2012, Login Radius’ social platform is used by more than 120,000 websites around the world, 260 million views worldwide, and grew by 800 percent in the last year,” Ken Bautista touts. 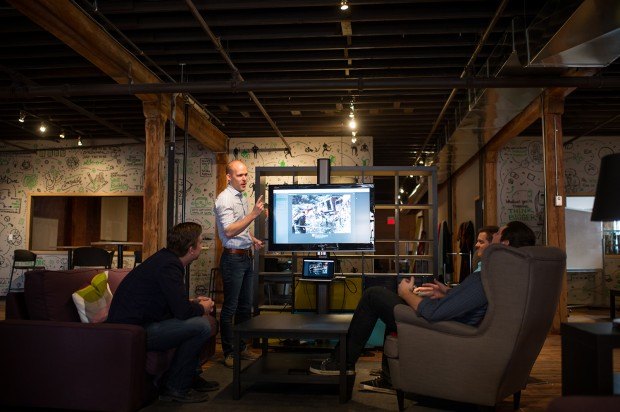 Visiting Edmonton to check out the startup community? Ken Bautista tells us the places to see.
“Two years ago, Startup Edmonton opened a 14,000 square foot space in an old warehouse that’s become the city’s main startup and community hub (which also houses a restaurant/bar, coffee shop, creative agencies, film companies, digital arts school, and pop-up retail space),” he said. “We have over 140 members working there. It’s also provided a platform for other community organizers to start things, such as Ladies Learning Code, Creative Mornings, Social Media Breakfast, and 15 or so developer and designer focused meetups.”
“What’s great is that we’re also seeing other spaces open up in places like the public library (which has a new makerspace), post-secondary schools are opening startup spaces on campus, and even growing startups are starting to open up their offices for community gatherings,” he adds.
Ken Bautista says what’s changing the game for startup communities like Edmonton is that no matter how remote, or how big or small, they can connect into other startup communities around the world.
“We’ve gotten to know entrepreneurs and community organizers in other communities like Boulder, Austin, Omaha, Montreal, Waterloo, Helsinki, and New York. Everyone is open to sharing experiences, tools, connections – all of which is hugely beneficial for local founders building global companies,” he explains. “I think it’s awesome that #VegasTech provides a way to keep on top of those stories that are happening everywhere. And I also love what’s happening with Vegas and the Downtown Project, particularly as it relates to space and people, and the impact that can have on a startup community. These are the examples we can point to locally to other decision makers in our community around how we invest in local entrepreneurs.” 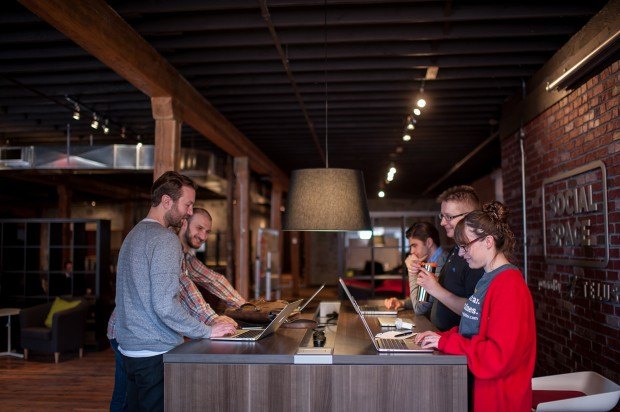