Join VegasTechFund-backed LaunchKey at The Innevation Center to start Hackvember off right. On November 7, 2015, LaunchKey will host Hack-auth-on for the tech community to have fun and meet other developers in the Las Vegas area while utilizing LaunchKey, a passwordless decentralized authentication and authorization platform. 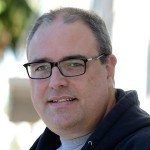 “There were two major drivers behind this event,” said Adam Englander, Director of Engineering for LaunchKey. “First, LaunchKey wanted to become more involved in the Las Vegas developer community. We currently sponsor meet ups and our developers are heavily involved with the developer community; however, we wanted LaunchKey as a company to be more involved with that community. Second, we need user feedback on our platform and its SDKs. Hackathons bring together developers with varying experience levels and differing core languages. Input from that diverse group will be invaluable.”
Participants will form a team and build a solution utilizing authentication, authorization, or both with one of LaunchKey’s SDKs for Android, C#/.NET, iOS, Java, Node.js, PHP, Python, Ruby, or Windows Phone. Prizes will be awarded to the best implementations in both authentication and authorization as voted by the LaunchKey judges. There will also be a people’s choice award voted on by the crowd with the LaunchKey mobile app after the presentations are completed.
Englander says hackathons grow #VegasTech ecosystem through injecting new talent while simultaneously energizing the established base.
“The fun and low-key atmosphere of a community hackathon brings together developers of varying skill levels and expertise,” he explained. “The less experienced members of the developer community are energized by the experience and find mentors to direct them on their path. The more experienced members of the community are drawn by the opportunity to build something just for fun and interact with other developers they might not see on a regular basis. The opportunity to mentor a developer just beginning their path reenergizes the experienced developers in the community giving them an opportunity to be more actively involved in the community.”

The LaunchKey team is already in the initial planning stage for another hackathon with the team at Skyworks Aerial Systems. Skyworks Aerial Systems is a Las Vegas-based team of developers, engineers and designers who are passionate about bringing down the barrier to robotics. For this Hack-auth-on, the first twenty individuals to register will be eligible to receive a mini-drone. The registrant must submit an entry either individually or as part of a team to receive their prize.
Englander says the LaunchKey team picked The Innevation Center as the venue for this event because they offer the space at no charge for free community events.
“We were unsure how many attendees we would have and they have flexibility to handle the expected 50 attendees and allow us to scale up to 100 attendees if necessary,” he added. “The networking bandwidth there will be able to support 50-100 developers downloading SDKs and accessing documentation. It is also one of the three tech hubs in Las Vegas including UNLV and Downtown.”
The event starts at 10 AM with an overview of LaunchKey and introductions to the LaunchKey staff that will be providing any assistance attendees might need for projects. Lunch will be provided as well as drinks and snacks. Individuals of any age may participate and submit an entry. All participants must be on-site at the event. No remote participants will be allowed.
“The LaunchKey Hack-auth-on is looking for developers of any skill range on any platform and any language,” said Englander. “LaunchKey has SDKs in most major languages and a ReSTful API for any other language. We hope we can get a room full of developers to meet new people and have a fun building something over an afternoon.”
For more information about this event, including requirements and eligibility information, visit the event website.