First, the VegasTechFund-backed team at CheckiO built a game with coding challenges. Then, they built a community with the brightest tech talent. Now, they are taking the vision a step further and are building social games to show that programming is fun in order to raise a new generation of tech talent. 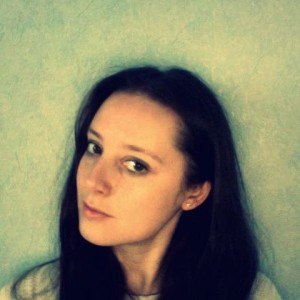 “We were working on CheckiO – game for coders – for a couple of years,” said Founder and CEO Liza Avramenko. “We’ve built a great Python training platform, with the best PyCommunity in the world.”
“But while playing ourselves and listening to our community, we came up to realization that it was not a game,” Avramenko continued. “In November we looked back into what we’ve built and what we’ve learned and decided to make some big changes. We started from our goal to build a game for coders and those who have an interest in technology. While brainstorming all the games that we love we began from Sim City and an idea of improving city’s efficiency via improving algorithms, but then we decided to add some action on top of that and combine economics with some strategy and tactics, like Clash of Clans and Boom Beach do it. When I presented this idea on AWS competition in December and I saw how people’s eyes sparked, I knew that it’s not just us who fell for it.”
https://www.youtube.com/watch?v=e5BPrjK_Ewg
Avramenko said the company’s game, called Empire of Code, is targeted towards people who have an interest in coding. The game will be launched with Python and Javascript.
“Whether you want to learn to code, learning to code or a professional coder you can play this fun game,” she explained. “At some point you’ll see that by going on coding missions you can improve your Space Empire’s economy; if you go into the source code of your weapons you’ll be able to strategize the way you want them to protect your base; AND for an attack you can not only code strategies for your army, but if you win an attack you will steal opponents algorithms. So if you don’t know how to code yet you can tinker with those stolen algorithms around and maybe even learn something. But if you do know how to code, it’s a way to see other people’s strategies and coding tricks.”
The team has just recently announced a closed beta release targeted solely to their community, and have already started seeing positive reactions all over the world. 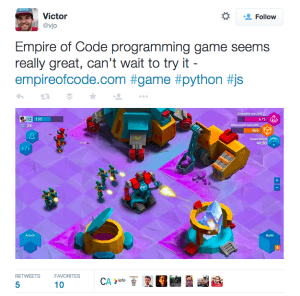 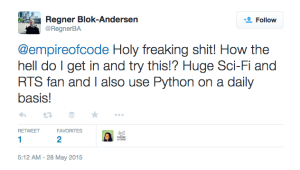 Avramenko said the biggest challenge for the CheckiO team while they were building Empire of Code was not having anyone on the team with game design experience.
“It made building a game a bit slower than expected,” she said. “We were experimenting, learning and improving as we went.”
In addition, finding the right game engine for this project was a challenge for the CheckiO team.
“First we went with Cocos, but then quickly changed our mind and decided to stick with Phaser,” Avramenko said. “What we are building nobody has done before as a web app and thus after trying out a couple of technologies that can accommodate our graphics, game mechanics as well as integrated editor we decided to go with Phaser.” 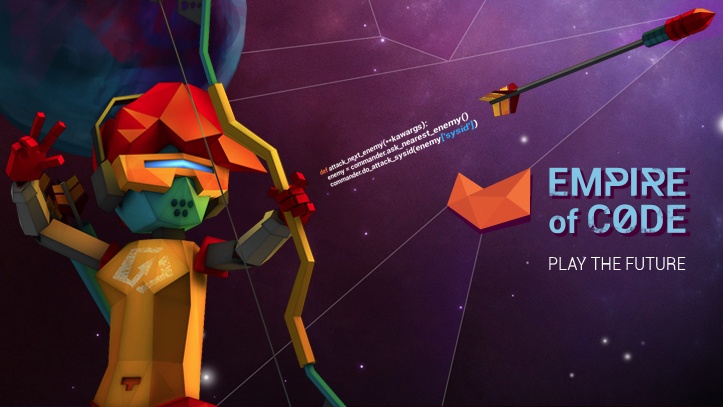 Avramenko points to her team as the biggest win in the process of launching the new game.
“CheckiO team has done an amazing job, I simply cannot stress it enough how proud I am to work with these people,” she said. “The people behind the project are so multi talented and passionate about the game, that it transfers to all the areas of our company and to our users. Also quite a lot of interesting people in gaming industry showed interest to the game and its concept, thus I hope to extend our team soon with some amazing advisors and supporters.”
The VegasTech community can support the team at CheckiO by subscribing to Empire of Code and being one of the first groups to try out the game.
“Start building your clan already now,” Avramenko urges. “The more of your friends play this game, the more powerful your Empire will be! Have a look at the game teaser and you’ll see that coding is fun. Game on.”