This Natural Pet Food Store Is Taking Over The Internet 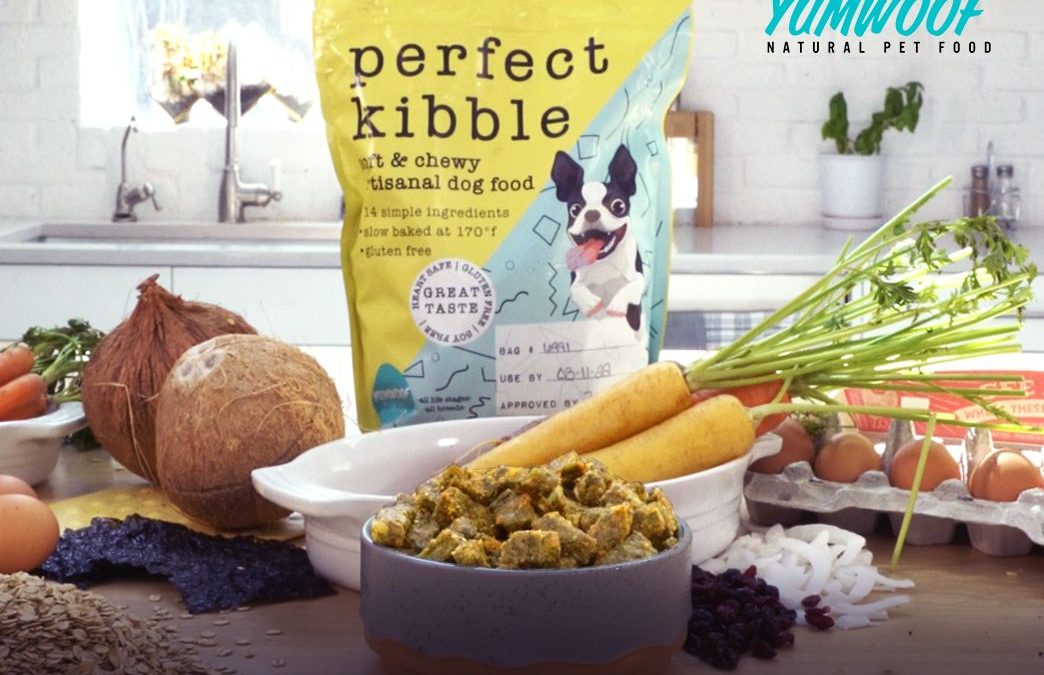 Jaron Lukas, CEO of Yumwoof Natural Pet Food, is set on a mission to extend the healthspan of all dogs.

Before YumWoof, Jaron, a passionate nutritionist with an extensive tech background, started one of the first bitcoin exchanges in the United States in 2012 and later sold it in 2016 to Kraken after raising 2 million dollars in venture capital with 50,000 accounts using the platform.

This previous success led to Jaron wanting to fulfill his mission of creating a happier world in a more tangible way with physical products.

As a passionate nutritionist, pet lover, and serial entrepreneur, he decided to combine his skills and interests to form Yumwoof, an online natural pet food store that sells premium low-carb dog food after seeing the high amounts of unhealthy carb sources found in traditional dog food.

Within just eight months Jaron and his team have scaled to a 7-figure run rate and are trying to do everything in their power to become the healthiest dog food on the planet.

Media companies like Entrpeneur.com, outlets like Entrepeneur.com, Influencive.com, Startup Fortune, and hundreds of reviews online have helped develop a vicious snowball of success that does not appear to be slowing down any time soon.

Let’s explore how the team at YumWoof is driving innovation to the 100 billion dollar pet food industry with their online natural pet food store.

Did you know that commercially-bought dry kibble is produced out of the same machine as cereal?

This means that the dry kibble we all know and love is pushed at 450 degrees through a grinding mechanism that ultimately degrades the food on the molecular level.

Because of this, even if dog food packets say they include chicken and vegetables, dogs are actually not receiving the proper nutrients from those ingredients since they are being completely ground down.

Oh, I almost forgot to mention, this issue is in addition to the handful of artificial preservatives found in most dog foods that cause a plethora of health concerns.

To avoid losing the nutrients as the food is being produced, Yumwoof’s natural dog food is produced in a cold-pressing method that is slow-baked in a gigantic oven.

Jaron and his team only use farm-fresh ingredients that include a handful of fruits, vegetables, vitamins and minerals, and have a balanced macronutrient composition.

And those artificial junk that I mentioned earlier?

Well, Yumwoof has found a secret formula that allows fresh food to have a 1-year shelf life without a single trace of artificial preservatives.

Yumwoof includes more coconut oil in their dog food than any other food due to the numerous studies that show the health benefits of coconut oil for dogs.

Some of these benefits include improved brain cognition and better skin that makes dogs look younger and happier.

After constant trial and error, the team at YumWoof has created an updated formula to optimize the macronutrients found in their dog food.

Perfect Kibble 2.0 recipes now include 14% net carbs and have replaced the peas in their mix with flax seeds to give dogs the omega 3 and omega 6 fatty acids to help keep their coats shiny and skin healthy.

After constantly cooking food at home, Jaron got tired of chopping vegetables and eventually asked himself if there was a way to make a Betty Crocker-style mix for dogs.

And that’s exactly what he has done.

Yumwoof’s perfect dog food mix makes it easy for anyone to cook their own homemade dog food.

After buying one of these mixes, all you have to do is add protein inside the package full of oats, carrots, pumpkin seeds, cranberries, blueberries, flaxseeds, and more and bake.

All of the 16 recipes provided by Yumwoof have been optimized to fit the nutritional standards of the average dog and the website now allows users to create a personalized recipe that is specific to their dog’s needs.

Jaron has had the pleasure of starting Yumwoof with two of his close friends Yo Sub Kwon and Raymond Bailey.

Yo has an extensive background of starting tech companies like Coinsetter and LaunchKey and Raymond, the founder of Chromtak.io, has several years of experience working with multiple programming languages and as a gourmet chef.

Along with a highly experienced tech team, YumWoof has brought a few exciting people into their advisory group who are some of the top microbiome researchers in the world.

While YumWoof is working on projects with these researchers, the team is now working with Nicholas Mares who founded the well-known Kettle & Fire and co-founded Perfect Keto.

Yumwoof has gotten to a point where they have around a 50% repeat order rate amongst their customers and currently operate with sufficient margins to scale the company while using more expensive, organic ingredients.

Commercial dog food companies today load their mixes with carbohydrates because foods like rice only cost a measly $0.10 whereas Yumwoof’s ingredients could cost anywhere from $3 to $12 per pound to include.

Over the past three months, Yumwoof’s average order value has doubled and aims to grow exponentially in 2022.

In addition to the abundance of media exposure they have received from outlets like Entrepeneur.com, Influencive.com, Startup Fortune, and hundreds of reviews online, Jaron himself has been featured in major publications like CNBC, The Wall Street Journal, Tech Crunch, New York Post, and has recently been cited as a business leader to watch by Fox Business.

With all of this upward trajectory in motion, it’s safe to say that this natural pet food store is here to stay and will be seen in pet stores all around the country.

The Yumwoof team, made up of experienced tech experts and nutritionists, is diving headfirst to tackle the problems with the pet food industry today.

Due to a decrease in company profit margins, the leading businesses in the pet food industry today choose to use toxic ingredients that ultimately put your dogs’ health at risk upon consumption.

Due to Yumwoof’s love for their animals, they have worked diligently to craft the perfect formula that allows them to see a high-profit margin while simultaneously providing quality ingredients to keep your dogs healthy and happy.

With all of the love and support that the team has seen throughout the short time they have been in business, it’s clear that this natural pet food store has found the winning formula to take over the pet food industry.